JUPITER was formed back in 2001, when Håvard Stubø and Steinar Nickelsen were both studying at “Jazzlinja” in Trondheim. Since then, the band has played more than 200 gigs, mostly in Scandinavia, but also abroad, including several tours in China. The band started out as a trio, releasing the critically acclaimed debut album Ignition for the Norwegian label AIM in 2005. After Swedish saxplayer Jonas Kullhammar joined the band in 2006, we´ve released three more albums: Live at Glenn Miller Café (AIM2006) ,  III² (Bolage, double album, 2007), and Atlantis Bolage 2012). We’ve also recorded a fifth album that is up for release on the Moserobie label in 2021.

“The coolest, freshest jazz record I´ve heard in a very long time (…) it doesn´t get any better than this” Lennart Persson (SE), for ABC Nyheter

You’ll find all you need to know (and then some) about this project if you check out our YouTube channel.

Wes Montgomery (1925 – 1968) is probably the most influential guitarist in jazz history, and Montgomery’s legendary recordings from the 50s and 60s have been a source of fascination and inspiration for generations of young jazz musicians. Daniel Franck, Håkon Mjåset Johansen and I decided to form a new trio based exclusively on the music of Wes Montgomery, and in 2008, we released a critically acclaimed album called Wes! You´ll find some videos and sounds here on the site.

New trio with Torstein Lofthus on drums and Daniel Formo on organ. We play songs that we like, often pop/rock songs, and approach them with an open mindset, while jazz guitar greats Grant Green and Rune Gustavsson loom in the background. The repertoire consists of songs by David Bowie, Neill Young, Wayne Shorter, Kurt Cobain and Billy Strayhorn, among others.

In addition to these bands, I have new projects coming up all the time. I´ll let you know! 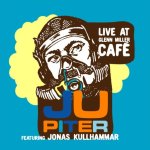